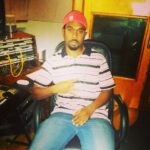 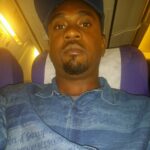 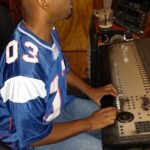 Paul Christie is an Engineer and a Record Producer. He is from Kingston, Jamaica. He started in the music business in 2010.When he became an Engineer at One Pop Studio, Rorey Baker, one of Sly and Robbie Engineers took him under his wing and taught him how to record and also Sly Dunbar showed him some pointers on how to build Riddims. He left from there and went to Penthouse Records to further his craft in Engineering that is when he met Donovan Germain the Ceo of the company. Kevino “Bunu” Elliott and Shane Brown taught him how to be better at his craft. He worked with various artists at the studio like, Marcia Griffiths,Tarrus Riley, Dean Fraser,Alaine and Buju Banton.He also worked on couple amazing albums like Marcia Griffiths – Timeless, which debut at no.2 on the Billboard Reggae Chart, Exco levi – Country Man, Alaine – Ten Of Hearts, Billboard name this Reggae album as one of the best in 2015 and also he worked on Buju Banton new album that was released earlier this year called Upside Down. Over the years all the knowledge he gathered he finally built up the courage to start to produce music for himself in 2016.The first song that was released off his label was called “Piggy Bank” by Esskell. His label name is Ultra Beam Records. He makes various types of Music. Some of the artists that worked for his label so far : Esskell, Slashe, Levantay and Onesty. All of these artists that are mentioned have charted on various radio stations Worldwide.

Paul Christie was born in 1981 in Portmore St Catherine. He grew up in a small family, consisting of his parents and a sister. Paul was the second child for his parents who are now deceased. His sister Carolyn stands by him as a mentor and an avid supporter of his interest in music, just like his parents did. The love and support of his family greatly motivates him.

Paul attended the renowned Kingston College on North Street. His interest in music started at a young age, in the early 90’s. His favourite singers were Garnet Silk, Shabba Ranks, Tupac, Bob Marley, supercat and Michael Jackson. He enjoyed the diverse lyrics of their songs and would listen to them as often as he could. This helped him to have a greater appreciation and understanding of unique lyrics and rhythms in music.

His interest in music did not diminish as he grew older, instead it grew stronger. He knew that his career path would be in the music industry but he did not know when the opportunity would arise. In 2006, he decided to pursue that dream and enrolled in the Edna Manley School of Music.  He also attended Modern School of Music where he learnt to play the keyboard. In 2007, he achieved a Diploma at Music Business Technology Institute, where he was taught a new skill of Studio Engineering. Other influences in Paul’s career path were renowned singers and artists in the music industry such as Reggae and Dancehall producers namely Donovan Germain, Tony Kelly, Dave Kelly, Sly and Robbie, and Steely and Clevie. International influences were Producers {Hip Hop and R and B} such as Kanye West, Quincy Jones, Dr Dre, Timberland and Puff Daddy.

Paul’s first studio visit was at Sonic Sounds in 2006, where he met Herbie Harris who taught him to record and edit music, and also to build rhythms. This peaked his interest in music to a greater level, as he found that he had finally identified his true path in the music industry. Herbie realized his skill in this area of music and advised him to learn the craft on a professional basis. In 2010, Paul took his advice and resigned his job at Novelty Trading, where he worked as a Warehouse Clerk, to pursue his dream to become an engineer and producer in the music industry.

Paul visited the Anchor Recording Studio to meet ………………..who he was told could help him to produce and promote his rhythms. This was met with disappointment as he told Paul that he no longer did that kind of business. At this point, Paul felt like he had hit a road block in achieving his dream. He stood in the middle of Half Way Tree pondering what his next move should be. He then decided to go to Derrick Harriot record shop where he met Mr. Mattocks. Paul told Mr Mattocks of his interest to be an engineer and producer. He advised Paul to go to Rorey Baker who is the engineer for Sly and Robbie, at One Pop Music Studio. Paul contacted Rorey and he invited him to the studio.

He visited the studio and told Rorey of his interest. Rorey told him that he could learn his trade at the studio. This was the opportunity of a lifetime for Paul who eventually started working at the studio in March 2010, as an Apprentice Engineer. He learnt fundamental skills in that area including how to build rhythms and how to produce records for artists. Rorey Baker taught him the basics of engineering and gave him the essential knowledge that has helped him to make a name for himself in the industry, as told he is a well-known and respected engineer in the business. While working with Rorey, Paul joined Jaria, which is a music industry support group organization. In September 2011, Paul left One Pop Music Studio, to seek further growth and development in his trade.

In 2012, he met Paul Love at Jaria celebration of Reggae Music month at a concert at Emancipation Park. Paul Love referred him to Stephen Stewart a record producer and engineer.  Stephen told Paul to go Penthouse Record Studio to speak to Donovan Germain. Paul visited Penthouse and formed a good relationship with Donovan. Donovan invited him to visit the studio to continue learning and perfecting his trade. Paul has been working there from then to date. At the studio, Kevino Bunu Elliot and Shane Brown took him under their wings and showed him how to improve his skills as an engineer.

This opportunity has molded him into the engineer and producer he is today. He attributes his variety of skills in engineering and producing, to his experience gained at the studio, working with music experts and icons in the field. His journey has been memorable, as he has worked with famous Artists,Engineers and Producers such as Shane Brown, Dean Fraser, Stephen Stanley, Marcia Griffiths, Tony Rebel, Romaine Virgo, Tarrus Riley , Jimmy Riley, D Major, Shuga, Dalton Harris, Alaine and RC. Paul has greatly enhanced his skills and is now producing his own unique rhythms. He is the engineer and producer of a new record released in the year 2016, by artist Esskell called ‘Piggy Bank and Weh Dem Tek Mi Fa’. In 2017 more releases follows from the same artist (Esskell),Wine And Come up,This One Goes out (based on a true story) and also Pon Di Beach the ultimate party anthem. Inaddittion,in Sept 2017 another release from Ultra Beam Records,the name of the artist is Slashe and also name of the song is Temptation .These songs has been air played in several countries and states such as United Kingdom, California, New York, Switzerland, Australia, Dubai, Netherlands, and in his home country Jamaica, to name a few. Disc Jockeys worldwide have been showing their support for the song and have expressed that the lyrics, and rhythm are enticing and of a unique Caribbean flavor. The song is meaningful and enjoyable.

Paul’s path has been hard and challenging at times, where he has had to rise above disappointments and persons who didn’t initially support his dream. He remained focus and committed and today he is on his career path of becoming a successful engineer and producer. His visions and aspirations are for a bright and rewarding future in the music industry.