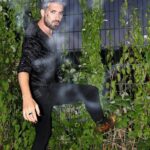 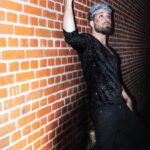 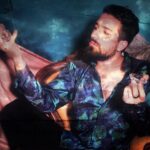 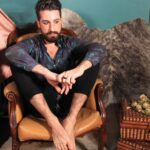 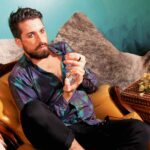 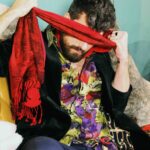 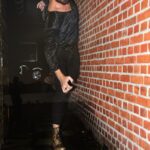 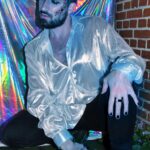 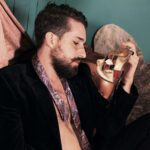 Always engaged in song-writing, suspended between RnB, soul and pop, musician
and artist STEMIN is currently promoting his second debut album called ‘#tellyourheart’
(released on September 1st). STEMIN has been working on a unique sound, spending much
time in producing new songs while finding a personal style that better expresses his artistic
development in composition and performance. STEMIN comes from a jazz and soul
background as well as being raised in close contact with RnB, gospel, and black music.
Growing up in a family where music was at the center of daily life, STEMIN started
to study piano and saxophone at a very young age. The study of different instruments as
well as being always surrounded by music in different forms, increased his interest for
becoming a polyhedric musician and artist. While growing up, STEMIN often sang and
played in church: this environment became the platform where his interest for gospel,
spirituals and black music was shaped. As he states:

‘While growing up, music represented a hiding place, the place in which I could take shelter
and find answers to my emotional side. What captured my attention in music was the sensibility of it
and the way music connected to me personally and intimately. I am a very sensible and emotional
individual who has been exposed to some difficult events as a kid, therefore music represented for
me that world to which I could run to, a hiding place; a world where emotions were associated to
different colors; a world where acceptance and understanding was ruling; an imaginary world that
helped me overcome these dark moments. I remember listening a lot to Donny Hathaway and finding
a connection with him in the way his sensibility was being portrayed through the music.’

While discovering music from the Motown era, STEMIN went back to jazz music and
fell in love with it. He pursued jazz music on an academic level while studying in one of
Italy’s most renowned music conservatory, the Saint Louis College of Music in Rome,
famous for its jazz and pop department. Here he obtained a BA of Arts in Jazz vocals and
at a later time he moved to the Netherlands where he achieved a MA of Arts in composition
and performance at the Prins Claus Conservatorium in Groningen.

His first album called ‘Love Through My Eyes (2017)’ reflects his journey with jazz
music and displays his talent for composition. Since 2015, he has been continuously
touring Italy, Europe and Asia including numerous cities in Germany, Switzerland and in
the Netherlands, where he currently resides.

STEMIN always tries to combine different styles, researching a personal expression
in ways to use all the colors of his voice to open the eyes of his audience to different
emotions:

‘The voice is a proper instrument, able to express deep feelings as almost any other instruments
can do. It is strictly connected to the soul and becomes its audible expression; it converts the invisible
in visible, it creates new sounds and colors, it transforms an emotion into music. The voice is an
instrument to be found out, subject to constant evolution and expansion. An expansion which goes
beyond our traceable imaginative borders.’

STEMIN’s new album, #tellyourheart, which is set to be released later this year, has a
contemporary RnB and soul feel, both in the song-writing and production style (in part
directed by the renowned Australian, electronic music producer, Nick Thayer) – and will
feature a number of pre-release singles.

STEMIN strongly hopes that #tellyourheart becomes one in a series of musical
messages to people. It’s easy to become trapped in life, but there is always a way out. He
tries to be a living example of this. He wishes for his journey to empower others:

‘Life is not about being told you are one thing and not another, or being put in a box. You can
be many things and to many people – and I hope my experiences allows others to realise the same,
whether now, or in time.’