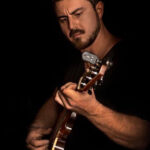 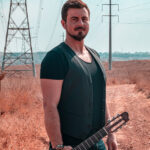 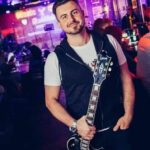 Musician was born on April 11, 1981 and grew up in Ukraine!  Emil went from an ordinary boy to a musician whose musical compositions are performed on the different radio stations in many countries of the world: USA, Great Britain , Canada, Europe, Ukraine, Mexico , Brazil etc. Emil’s tracks enter the Top10 on radio (USA, Europe, and Canada). He became involved in music when he was 15 years old and at the age of 16 he wrote his first musical composition.

Emil has higher education. He is a former military officer of the Armed Forces of Ukraine, but dreams of becoming a musician didn’t leave him!  Until 2014 he lived in Kiev and performed in Ukraine, was the front man of the group NEOGARA. But nowadays Emil lives in Israel. He is a high-class musician-professional in his business, guitar genius, musician-virtuoso, composer, performer of incredibly beautiful music and his author’s songs, which he writes in different languages: Ukrainian, Russian, English.  His main activity and the rise of creativity began in Israel in 2015. Emil has participated different concerts, music festivals both international and local (Israel). He is Laureate of the 1st degree of the international festival “Together in the 21st Century”-Israel 2020.

This musician is a member of such groups: “Wood, n, Soul Project”, “Los Emigrantes”, “Black Sea Swing”, he also has his own musical band “Emil Khachaturian and Co”.
Every city meets the maestro full of audience halls in Israel! His music plays on the different radio stations of the world: USA, Great Britain, Canada, Europe, Mexico, Brazil etc. Emil’s tracks enter on Top10 on radio (USA, Europe, and Canada). Emil is a cool professional, as well as an interesting personality and a wonderful speaker with his philosophy of music, composer, who demonstrates incredibly impressive ownership of an instrument by performing the author’s music. The musician is gaining momentum in his career, which coincides with the bright highly effective energy of his play! There is no better antidepressant than his music, which penetrates deep into the soul!